Game mechanics  are constructs of rules intended to produce a game or gameplay. All games use mechanics; however, theories and styles differ as to their ultimate importance to the game. In general, the process and study of game design, or ludology, are efforts to come up with game mechanics that allow for people playing a game to have an engaging, but not necessarily fun, experience. The interaction of various game mechanics in a game determines the complexity and level of player interaction in the game, and in conjunction with the game’s environment and resources determine game balance. Some forms of game mechanics have been used in games for centuries, while others are relatively new, having been invented within the past decade. There is some confusion as to the difference between game mechanics and gameplay. For some, gameplay is nothing more than a set of game mechanics. For others, gameplay—especially when referenced in the term of “basic gameplay”—refers to certain core game mechanics which determine the overall characteristics of the game itself. Games that are mechanically similar can vary widely in theme. Eurogames often feature relatively simple systems, and stress the mechanics, with the theme merely being a context to place the mechanics in. 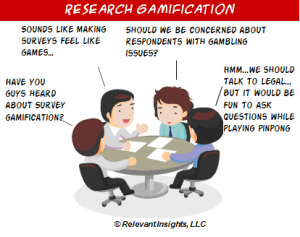 New ways of these game mechanics which can be applied in the future:

Acker brought up the idea of games that cure cancer as one way social gaming can actually benefit society, referring to HopeLab’sRe-Mission and Zamzee, “It doesn’t matter how many brochures you show a kid, he’s not going to want to [go to chemo]. But when you build an avatar called Roxy, have her shooting the cancer cells, and then when she feels feel weak you go get her a chemo tap … It’s incredibly powerful.”

Elements of gaming engender powerful emotions; Chemotherapy can become a positive thing and cancer becomes something you can beat. And that’s pretty formidable.